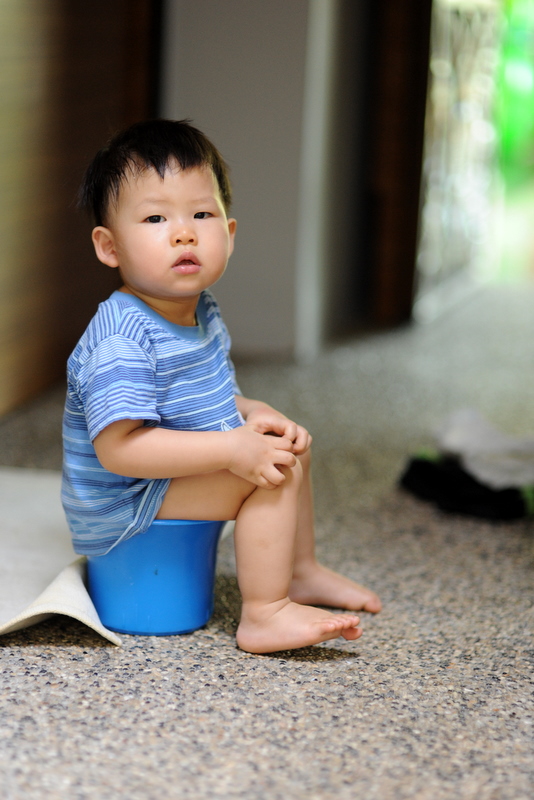 my mission now is to potty train Marcus on wee wee... he can poo poo on his potty for months already.. and mummy is very proud of Marcus which he can do it at such a young age...
but mummy is always the one who is not ready to train him on wee wee... but because of the small baby will come soon.. so mummy got to force herself to be determine and help Marcus to understand what is wee wee about without a diaper.. I was told by my mid wife to train him wee while standing.. and got to teach him to "aim" on a tissue paper on the floor.. once he is success about it.. then we got to praise him... sing a song.. and claps hand.. it sound really easy right?? but it doesn't.. haha.. I had started it today... and bring him to toilet every 1 hours.. pants off and let him stand and wee.. but he seem doesn't get it.. and instead of wee wee.. he will start playing around in the toilet!!!! alamak.. i think i still need papa to teach him about the concept of standing and wee...
I also done some reading about potty training.. i will adopt some of the concept of what i have read:-
I hope Marcus can get the idea of wee wee soon!!!!
note: marcus is now 19 months 2 weeks old
at May 04, 2011

Gambatte!!! nothing is impossible! don't think they are too young to potty train. My boy successfully diaper off day and night on his 18 months. Save me alot ^_^

Hello Mummy psedorna, first time you leave comments in my blog.. hehe.. the potty train stopped again.. have to restart it.. poo poo he has no problem.. but vee vee.. he seem cant get the idea.. hahah

My son is successfully potty trained (day time) on his 14 months. no accident at all!
I think one of the reason he can made it in his 14months is because he able to tell what he wants in daily life using Baby Sign® Program.
Maybe you can try for your second baby in future. It really save a lot $ and much much easier to take care of the BB.